A place full of natural beauties and with several options for those who like adventure and ecotourism. The city is "owner" of the eighth most extensive canyon in the world. Next to the state's border with São Paulo, it is located 240 km from the capital of Paraná. It is one of the oldest municipalities of Paraná.

The name Jaguariaíva is of indigenous origin, meaning "River of the Angry Jaguar", making an allusion to the horsemen who followed from Viamão (RS) to São Paulo. The population, according to the last IBGE Census, is 32,606. It is considered one of the most important municipalities of Campos Gerais.

At the top of the Lago Azul waterfall, there is a water trail in the middle of a canyon with three waterfalls on the way. There are paths that have rocks and they aren't within reach of the feet. At the end of the trail, there is a waterfall named Veil of the Bride. The scenery is breathtaking!

The Canyon of Jaguariaíva River is a perfect place for extreme sports such as rafting and canoeing. The route is approximately 10 km. The walls can reach 80 meters.

Jaguariaíva has places of exuberant beauty. The City Park of the Cerrado, destined to the activities of ecotourism, environmental education and research; the State Park of the Valley of the Codó that has walls of 20 to 60 meters of height and several species of animals; and the State Park Lago azul, which there are three waterfalls and natural pools of cold and crystal clear water. They are beautiful places that do not disappoint!

PARTY OF THE LORD GOOD JESUS ​​OF COLD STONE AND DIVINE HOLY SPIRIT
The party begins with novenas that take place from July 28 to August 5. On the 7th is the great party to the patron saint. After Holy Mass and novena, the festivities begin with toy stalls in the square and parish hall.

WALK TO SANTA PAREDÃO
The event is a religious pilgrimage from the city to the big wall. The distance is almost 24 km. Soon after, it happens the Outdoor Mass, high point of the pilgrimage. For those who are there on the last Sunday of October, do not forget to participate! 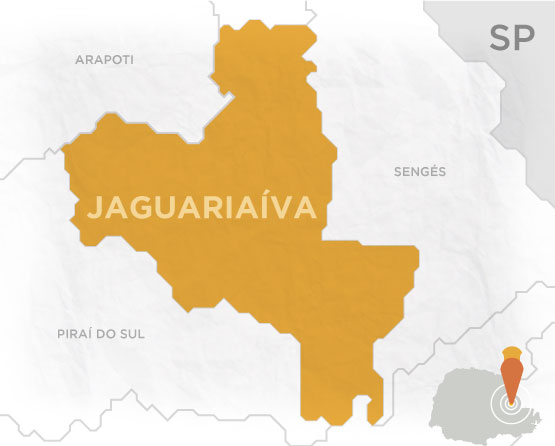 Dr. Ruy Cunha Environmental Park
On the banks of the Jaguariaíva River, the place has great historical importance. It was in this place that the tropeiros crossed with their troops coming from Rio Grande do Sul towards Sorocaba, for commercialization of the cattle. The village began there. Visitors are welcomed with a leisure area, Tropeiro Museum, chimarrão, ecological trails and identification of native species.

Municipal Museum Conde Francisco Matarazzo
Located at km 213 of PR-151, the Museum was built in 1924 by the Italian relatives of Francesco Matarazzo. On the local there are period collections.

Industrial Condominium Conde Francisco Matarazzo
The construction of the building of industrial architecture made by the Count Francisco Matarazzo, located in the center of Jaguariaíva, began in 1918 to house the frigorific of the industries of the Italian immigrant. From 1964, it housed a spinning and weaving industry of the Matarazzo Group. The building was sold in 1981. It is worth knowing!

The accesses to the municipality are by the state highways PR-151 and PR-092.

Jaguariaíva has great options of hotels and guesthouses.

The typical food of the city is the quirera with pork. Its very tasty! The dish had its origin in the time of the tropeiros that passed through the place towards São Paulo and Minas Gerais.